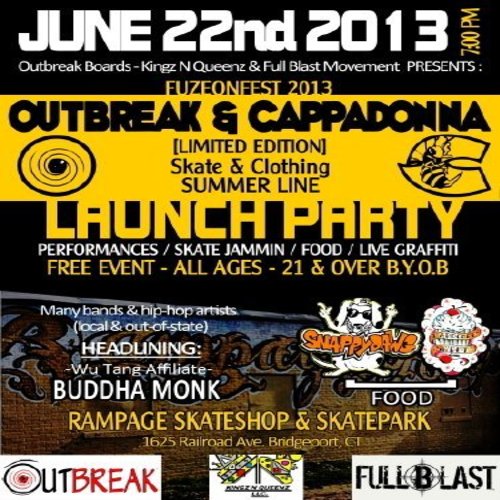 The Connecticut-based skate board manufacturer embraced Cappadonna’s vision to bring the Wu legacy to the sport and culture of skating. Their skate decks will be made of Canadian Maple wood; other items in the partnership include sticker decals, custom designed clothing, hats and accessories.

“I wanted to give an alternative for young people to do besides drugs and guns, especially in hoods across the nation,”Cappadonna said in a press release. “I believe skating and Hip Hop go hand in hand, as both are independently free.”