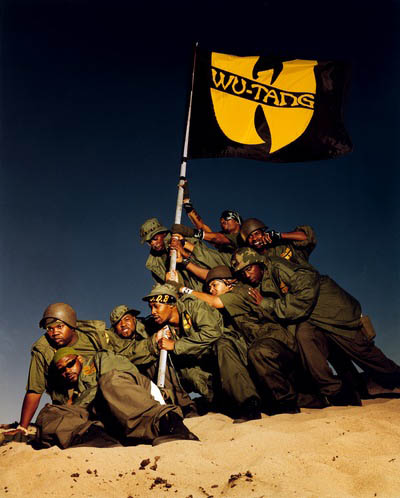 When you mention the year 1995 to any hip-hop fan in their late 20s or above, you might be susceptible to them pining for a lost era, the so-called last “golden age” before the signing of the Telecommunications Act of 1996 that changed radio and popular music, especially hip-hop, forever. If you’re not old enough to remember the mid-1990s and what it symbolizes in the eyes of older hip-hop fans, it might come off as a bit of “baby-boomer-mad-that-it’s-not-the-1960s” whining.

But trust the older folks. They kind of have a point.
It’s one of the last eras where rap was fine being just rap and didn’t have to collaborate with outside forces or care about said outside forces in order to be successful. It was one of the last eras in which a hip-hop artist could be willfully unique, dark and impenetrable musically and still move masses of people willing to go along with the creator’s journey. It’s not that it doesn’t happen now, it’s that it doesn’t happen on a bigger scale anymore.
That’s what makes GZA’S “Liquid Swords” a remarkable album, and it’s why it deserves to be part of Get On Down’s Masters Series.
After the success of several Wu-Tang Clan solo albums (Raekwon’s “Only Built 4 Cuban Linx,” Method Man’s “Tical” and Ol’ Dirty Bastard’s “Return to the 36 Chambers”), “Liquid Swords” might have bested them all.
While Raekwon brought the aggression, Method Man brought the vibe and Dirty brought the sideshow, GZA (with help from RZA on the production boards) brought the vibe, the aggression and the skills that pulled listeners in and didn’t let them go until the final track faded out. Among many hip-hop heads, “Liquid Swords” is considered the best Wu-Tang solo album not named “Supreme Clientele.”
While “Liquid Swords” didn’t have the massive hits that the previous three Wu solo outputs had, it was the most put-together album. That’s why Get On Down decided to lionize this LP with a box set that includes the original album remastered, a separate disc for instrumentals (available for the first time), 20 pages of liner notes that include an interview with GZA about the making of the album and a fantastic chess set with miniature pieces and a board printed onto the inner lining of the box that the set comes in.
The instrumentals were remastered from original source tapes and give the listener a chance to imagine what the genius was feeling when he wrote his rhymes—or maybe even inspire the listener to write some. With the chess set, whether you were introduced to chess through the Wu-Tang Clan’s “Da Art of Shadowboxing” music video or are just a chess player who happens to be a Wu fan, the addition makes the box set a must-have.
After the success of ODB’s “Return to the 36 Chambers” wallet/ID card reissue last year, Get On Down proves they know their audience again with this celebration of yet another Wu-related LP. “Liquid Swords” is a must-own.