Published by Chris Olivieri On August 9, 2012

The hip-hop collective known as the Wu-Tang Clan is a globally recognized brand, however its origins date back to the early 90’s and its presence in the underground music scene of the New York City borough of Staten Island.

The Wu-Tang Clan was inspired by grindhouse kung-fu flicks and the ideologies of the Five Percent Nation, which proliferated amongst members of New York’s African American community. Under this framework, each of the nine members of the Wu-Tang Clan adopted his own unique identity, coming together to “form like Voltron”.

With a sound that represented the gritty side of New York life, producer RZA crafted a soundscape that was wholly unique, consisting of hard drums, high-pitched sped up vocals, and kung-fu samples. Each rapper brought his own unique flow and rhyme scheme to the tracks, with the collective perfecting the hip-hop posse cut.

Wu-Tang Clan secured what was at the time a revolutionary record deal with their label Loud Records, which allowed each individual member to sign his own solo record deal on the label of his choosing.

The original nine members of the Wu-Tang Clan are: 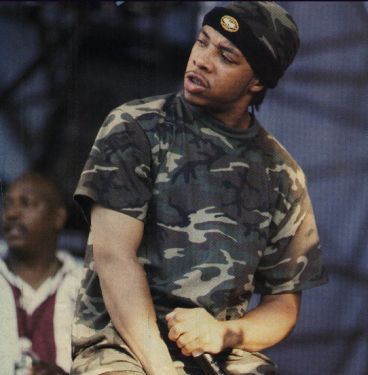 Following quickly on the heals of the classic album, Enter the Wu-Tang (36 Chambers), released in 1993, the members solo albums began dropping:

Throughout the years, the members of the Wu-Tang Clan have continued to impact music and popular culture:

RZA went on to become actively involved in the film world, providing the original score to the critically acclaimed film by Quentin Tarantino, Kill Bill and acting alongside Denzel Washington in the filmAmerican Gangster. Amongst RZA’s most recent hip-hop production input was his contribution to Jay-Z and Kanye West’s platinum selling album, Watch the Throne.

Following his debut, GZA continued to release solo albums to a strong reception amongst his fan base. Outside of music, GZA provided public support for People for the Ethical Treatment of Animals, which was in line with his acknowledged vegetarian lifestyle.

It was a tragic day on November 13, 2004 when the artist known as Ol’ Dirty Bastard unexpectedly passed away. Six years later, when Wu-Tang Clan headlined the Rock the Bells concert tour, ODB’s son rocked the stage with the same rambunctious style of his father.

Inspectah Deck took to the production side of music, released his own solo albums and today continues to actively perform live shows.

In 2009, Raekwon released the highly anticipated follow up to his debut solo album, Only Built 4 Cuban Linx, Pt. 2. The album was critically acclaimed and featured production from heavy hitters such as The Alchemist, J Dilla and Dr. Dre.

U-God, or the Universal God of Law, went on to release three solo albums. His last album, Dopium, received a strong reception from critics.

Masta Killa was the last member of the Wu-Tang Clan to release a solo album, with his 2004 release, No Said Date, featuring contributions from every member of the original group.

Perhaps one of the most iconic Wu-Tang solo artists, Ghostface Killa, is also one of the most prolific. Releasing such heralded albums such as Ironman, Supreme Clientele and Fishscale, the man who first appeared behind a mask continues to be one of the most public faces of the Wu-Tang Clan.

Method Man went on to a successful acting career, starring in the smoked out comedy How High and the gritty, critically acclaimed drama The Wire.

Wu-Tang Clan was one of the earliest hip-hop acts to produce their own apparel line with their Wu Wearclothing line. Their attempts to extend their brand to other commercial ventures included a Wu-Tang video game, books, comic books and at one point a Wu-Nail salon, opened by RZA’s sister.

Today, Wu-Tang Limited offers a complete collection of Wu-Tang branded apparel, includingsnapback hats, t-shirts, tank tops, hoodies and more. DrJays.com is currently offering a selection of exclusive Wu-Tang t-shirts, which are sure to set the streets a blaze.

DrJays.com is running a contest to win a limited-edition copy of the Ol’ Dirty Bastard album,  ‘Return to the 36 Chambers: The Dirty Version’. Click here to enter.

The Wu-Tang Clan’s twenty year history in entertainment, and their tremendous impact on contemporary culture throughout the world, is proof that their declarative track “Wu-Tang Clan Ain’t Nuthin’ to F’ Wit” is indeed the truth.